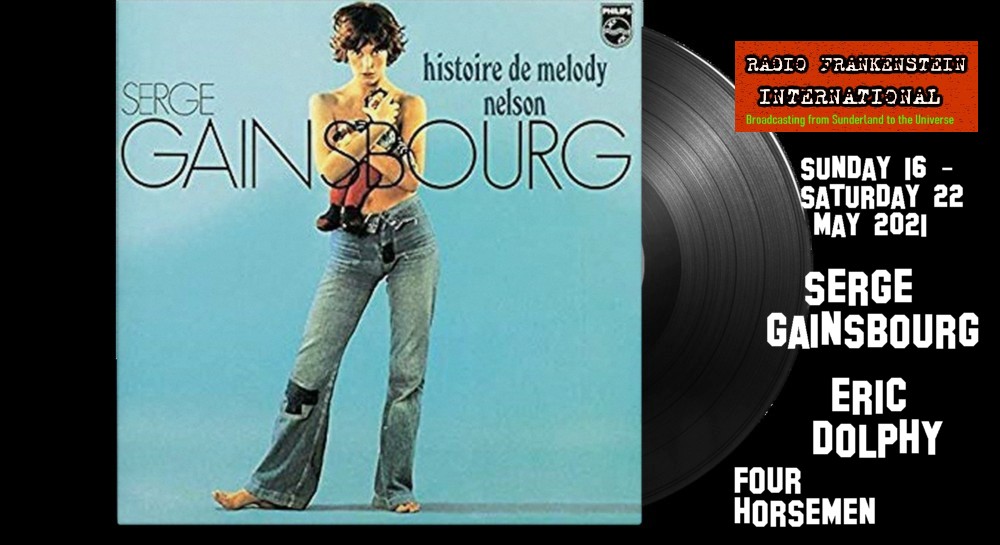 
Five shows this month, so as is the custom one - this one - is given over to longer tracks.

The Lolita-esque pseudo-autobiographical plot of the album involves the middle-aged Gainsbourg unintentionally colliding his car into teenage girl Melody Nelson's bicycle, and the subsequent seduction and romance that ensues. Melody, in her brief appearances, played by Jane Birkin.

Histoire de Melody Nelson is considered by many critics and fans to be Gainsbourg's most influential and accomplished work, as well as one of the greatest French-language albums in popular music.

We've played excerpts from it before - 'Cargo Culte' featured in our very first show, way back whenever - but now here it is in its entirety, slightly edited to remove the gaps between tracks and turn it into one long piece.

Nicely topped and tailed by the experimental spoken word of the Four Horsemen, and the jazz of Eric Dolphy. Enoy !