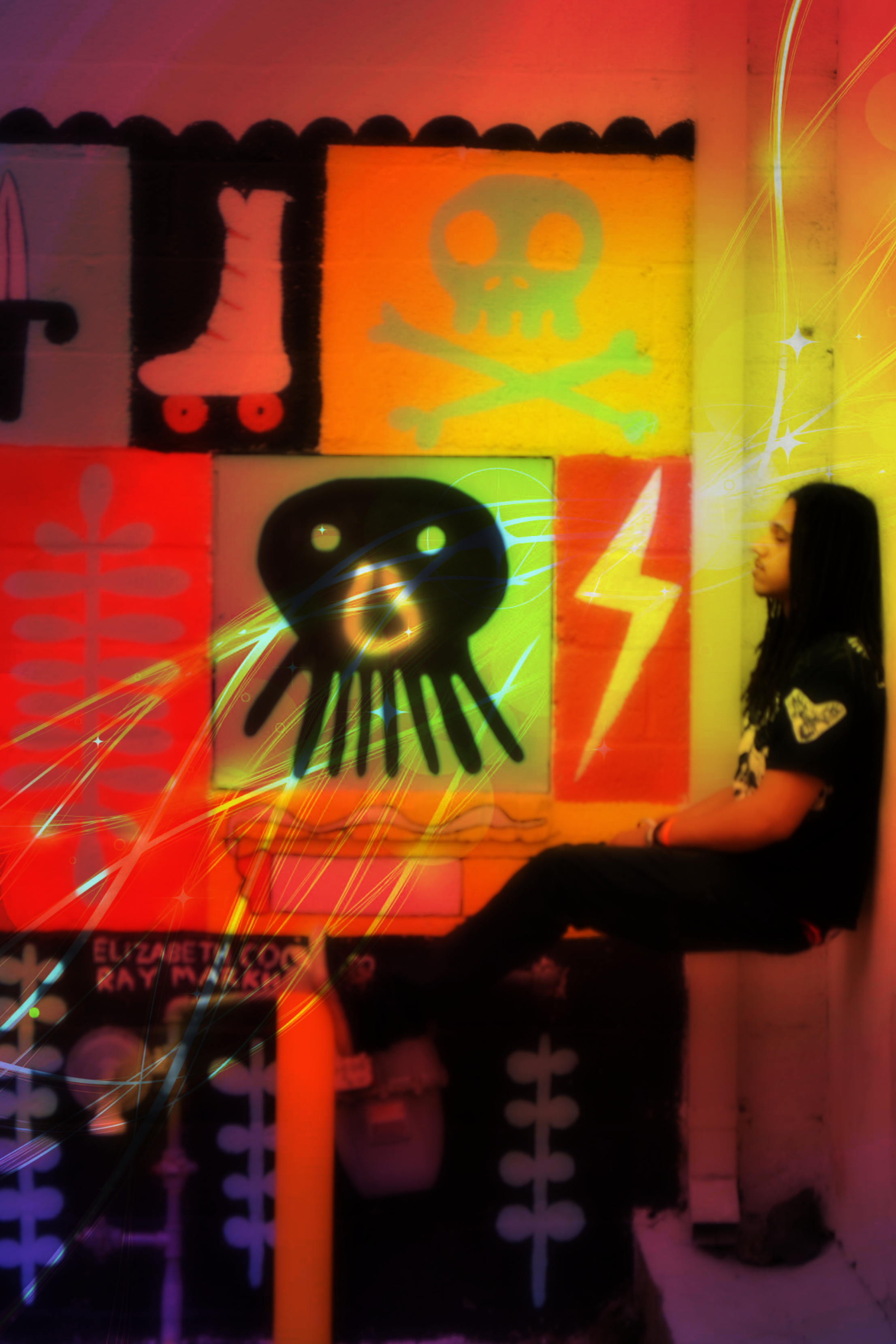 Set to release his upcoming mixtape The Messenger on April 21st, he has released this promo video previewing two tracks from the mixtape ‘The Messenger’ and ‘Avoid the Vortex’.

'So Much Time' video here:

Title track ‘The Messenger’ is a dark outpouring of feelings set to a spacey beat, whilst ‘Avoid the Vortex’ sees the rapper playing impressively with his flow over a grimy sawtooth-synth beat. The visuals are fittingly trippy.

Young Malak explains the source of his introspective lyrics: ‘One point in my life I was lost stuck trying to figure myself out as well as my self-purpose and the more I searched inside myself I began to overtime breakdown my thoughts and feelings to help me remember me. The more you understand your own self the more you will understand this world, and if you can understand this world you realise everything in the universe is one.’


The rapper is a member of the Virginia Beach collective The Keys.


He credits the group for taking him out of a dark place: ‘during the time period it seemed almost as if I was dead because I felt I was not living. Living means growing and I felt I was stagnant as well as having extreme writers block for two years. Once I broke myself down to my roots, overtime I began to get rid of the demons and become me again. It was almost like an immediate shift of energy again as the keyz were sparked and reborn as we all just needed some time to grow and figure out more of ourselves and the environment around us.’


As well as music, Young Malak’s passion’s include spinning poi fire, meditating, reading spiritual books, comedy movies, being out in nature, trying new foods and ‘smoking A LOT of THC/herbs’.